GUATAMALA: PARTNERS FOR A BRIGHTER TOMORROW

Lighting the Way for Our Global Community

In the fall of 2019, four Wisconsin linemen joined others from Illinois and Iowa and embarked on a life-changing mission – to bring electricity to an impoverished, rural village in Guatemala for the first time.

Partners for a Brighter Tomorrow is made possible by Wisconsin cooperatives and their communities, and NRECA International, a non-profit 501(c) (3) charitable organization, whose mission is to increase individual and community access to electricity in all parts of the world.

Here is their story.

Guatemala from WECA on Vimeo.

October 18, 2019—Shortly before the linemen left for home, an inauguration was held in Chixoy, officially marking the electrification of this rural Guatemalan village. Joining the team for this momentous occasion was Steve Freese, CEO of WECA, one of three statewide electric cooperative associations (along with Illinois and Iowa) to participate in this NRECA International project.


October 18, 2019—They're flying home today! With their mission of bringing electricity to a remote village in Guatemala for the very first time complete, our linemen are heading back to the United States. Thanks guys, for making the world a little brighter. You make us all very proud to be part of the electric cooperative family! Thanks also to team member Geri, for capturing the entire project in words and pictures so we could all follow along on this amazing journey. Safe travels!

October 14, 2019—The linemen in Guatemala are almost finished with their work, helping to bring electricity to the rural village of Salinas 7 Cerros. This morning they signed each other's shirts as they begin wrapping things up and prepare to head for home later this week.


October 11, 2019—Linemen are reportedly ahead of schedule in their work to bring electricity to a rural village in Guatemala. Yesterday they finished wiring some homes as well as a church that had been previously using a generator to power electric keyboards and a sound system. And a lineman has purchased a speaker system for the newly powered-up school! Speaking of school, the Guatemalan kids have been schooled on what a thumbs-up means had have been giving linemen a thumbs up wherever they go!


October 11, 2019—And...there is light! Linemen began wiring homes in the remote Guatemalan village of Salinas 7 Cerros. When the project is through each home in the village will be wired with four switches, four light bulbs, and four outlets. The women of the village had a say over where in their home the light bulbs and outlets should go.


October 10, 2019—Our linemen have made a lot of little friends in Guatemala, where they're helping to bring electricity to a rural village for the very first time! A team member reports that no pole climb occurs without a crowd of children watching. The excitement is even evident in their school projects. Kids were tasked with drawing a television set with exact measured squares, using a triangle, an assignment reflecting their anticipation of electricity!


October 9, 2019—Linemen are making great progress in Guatemala! Primary and secondary wires have all been installed, and the linemen began wiring up village homes last night!


October 8, 2019—Things are looking up in the rural village of Guatemala, and so are the people! The villagers watched the last section of main lines get hung yesterday. This morning, they raised the American flag in honor of the project.


October 8, 2019—Our linemen in Guatemala are making powerful connections, through the electrical system they're building and also through the friendships they're building with the village residents! A team member reports that linemen have reached the last pole to the village and have begun the secondary lines. They've also found moments to pay a little soccer with the kids, who reportedly are also loving the suckers!


October 7, 2019—Linemen bringing electricity to a village in Guatemala for the first time through the Partners for a Brighter Tomorrow project got a little rest yesterday and are back hard at work today. A team member reported: "We had another great day in Chixoy! Everyone is holding up great in the heat!" These photos show a village and a bridge the linemen cross daily to get to their work site.


October 3, 2019—Linemen made it to the rural village in Guatemala yesterday to check out their project site. They were welcomed with excitement by the village residents, who will be getting electricity for the first time thanks to the linemen's efforts through the Partners for a Brighter Tomorrow project. A team member reported, "The poverty is unimaginable but they are very happy people."


October 2, 2019—Work begins in Salinas 7 Cerros today for the 12 linemen from electric cooperatives in Wisconsin, Illinois, and Iowa who are bringing electricity to a rural village in Guatemala for the first time as part of the Partners for a Brighter Tomorrow project. The volunteer linemen will install transformers, string wire, and finish building a distribution system. They'll be working with EMRE, which provides electric service to the municipality of Ixcan. All work will be done by hand. No bucket trucks will be available on site.

October 1, 2019—The volunteer linemen from electric co-ops in Wisconsin, Illinois, and Iowa who are en route to Guatemala will be arriving in Playa Grande, Ixcan, today, where they will stay for the duration of the Partners For A Brighter Tomorrow project. Each day, the crew will be transported to the work location, about an hour away, where they'll power up a village that has never had electricity before.

October 1, 2019—Twelve volunteer linemen from Wisconsin, Illinois, and Iowa electric cooperatives are traveling to Guatemala today to help a rural village get electricity for the first time. This project—Partners for a Brighter Tomorrow—will provide power to 42 homes, a school, and a health post. This project was made possible by NRECA International, a non-profit 501(c) (3) charitable organization, whose mission is to increase individual and community access to electricity in all parts of the world. 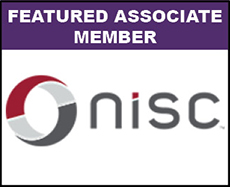 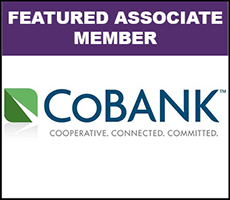