The Great Depression of the 1930s put a financial squeeze on the entire nation, rural America included. At the same time a growing population demanded more efficient food production from the agricultural community. It was apparent to many that electricity could help gain that greater efficiency. Recognizing the needs of rural Americans and the benefits that the rest of the country could realize, President Franklin Roosevelt signed an executive order creating the Rural Electrification Administration on May 11, 1935.

As was the case with many Depression-era government programs, the Rural Electrification Administration (REA), was begun as part of a general program of unemployment relief. Just three months after its creation, REA was more closely defined as a lending agency. Created was an orderly program of low-interest government loans, which made rural electrification a national business investment.

Many in the U.S. Congress, as well as local farm leaders, believed that rural people not only needed electric service, but needed it under rates and conditions that permitted full and productive use. They believed that electricity was too important to the development of rural America to make the people there wait for commercial electric companies to take on the job. Given existing experience with the cooperative form of business, the idea of using nonprofit, cooperative organizations to encourage rural electrification caught on quickly.

In 1936, Senator George Norris of Nebraska and Representative Sam Rayburn of Texas authored the Rural Electrification Act, which set up REA as a lending agency and granted preference to nonprofit organizations in obtaining loans through REA.

The task of organizing rural electric cooperatives generally fell to a handful of energetic, local leaders. They had to organize meetings, collect the initial fees, sign up potential consumers, and work with REA on program details. In most cases this was done on a volunteer basis.

After overcoming a mountain of obstacles, electric co-op lines were built and energized: the lights came on. Rural electrification officially came to Wisconsin on May 7, 1937, when Richland Electric Cooperative went into service. By 1945, the last of Wisconsin's electric cooperatives had been organized (not counting six subsequent mergers). Nationwide, there are now about 930 rural electric cooperative systems.

The history of rural electric cooperatives (RECs) since those modest beginnings is one of growth and benefit. In Wisconsin, electric co-op leaders have achieved numerous "firsts," including the creation of the nation's first statewide association for RECs, publishing the nation's first statewide publication for REC members, creating one of the premier generation and transmission cooperatives in the country, founding an insurance company that now underwrites coverage for a majority of RECs in the U.S., organizing the first merchandising co-op to supply RECs in numerous states with line materials, and other innovations. Electric co-ops in Wisconsin have become vital parts of the rural communities they serve, offering services beyond just provision of reliable electricity.

More than 42 million consumers today are served by rural electric systems, including nearly 600,000 in Wisconsin alone. Electric co-ops serve 12 percent of the U.S. population, but their service territories spread across 80 percent of the nation's land mass.

Involvement of individuals has shaped these organizations for more than 80 years, and the dedication of consumer-members-young and old-will assure continued success and service to rural America. 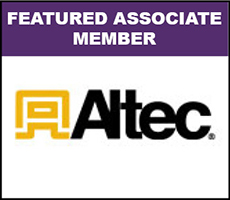 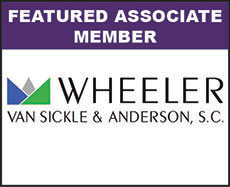